on an adventure exploring multiple locations in the Port Moody area 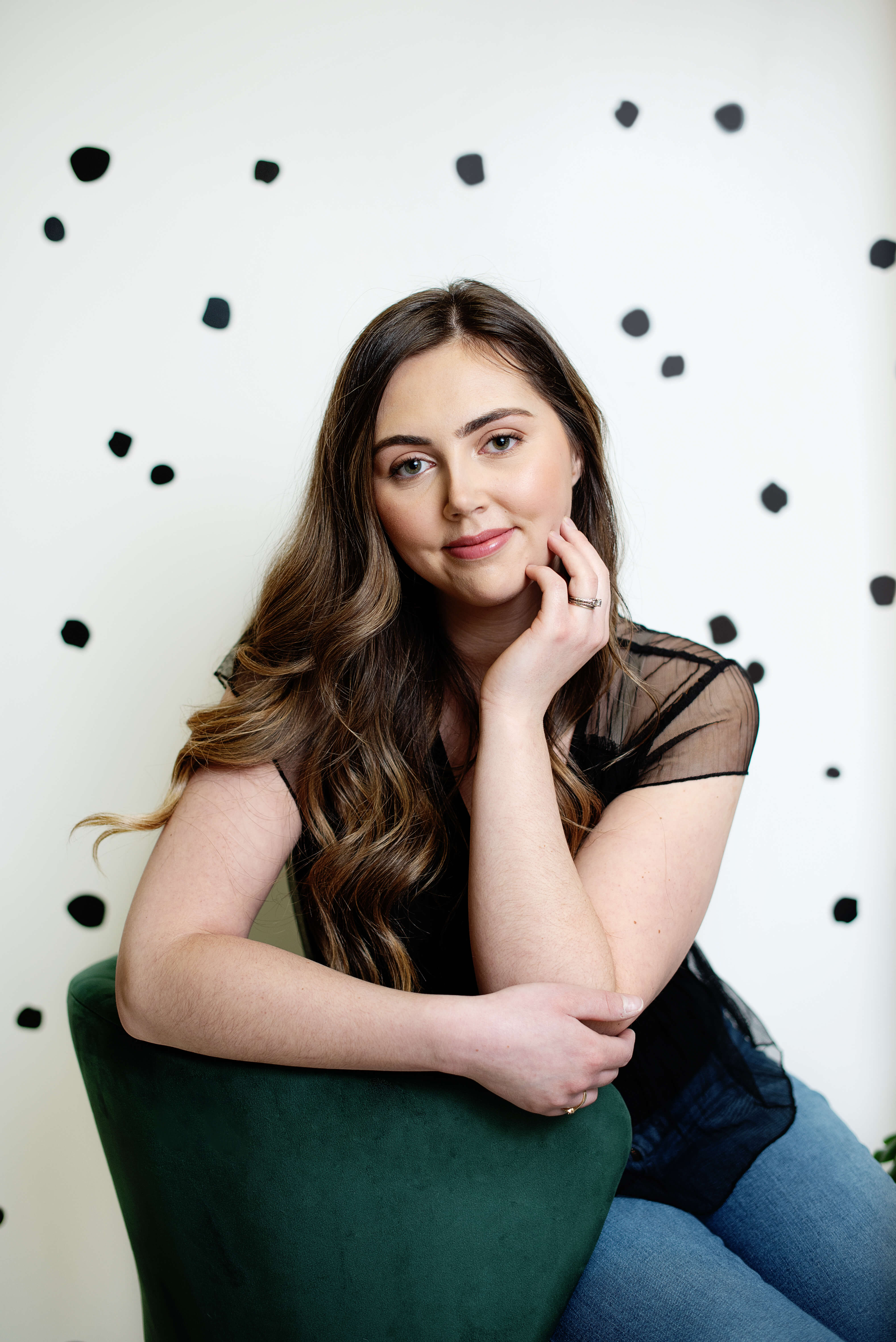 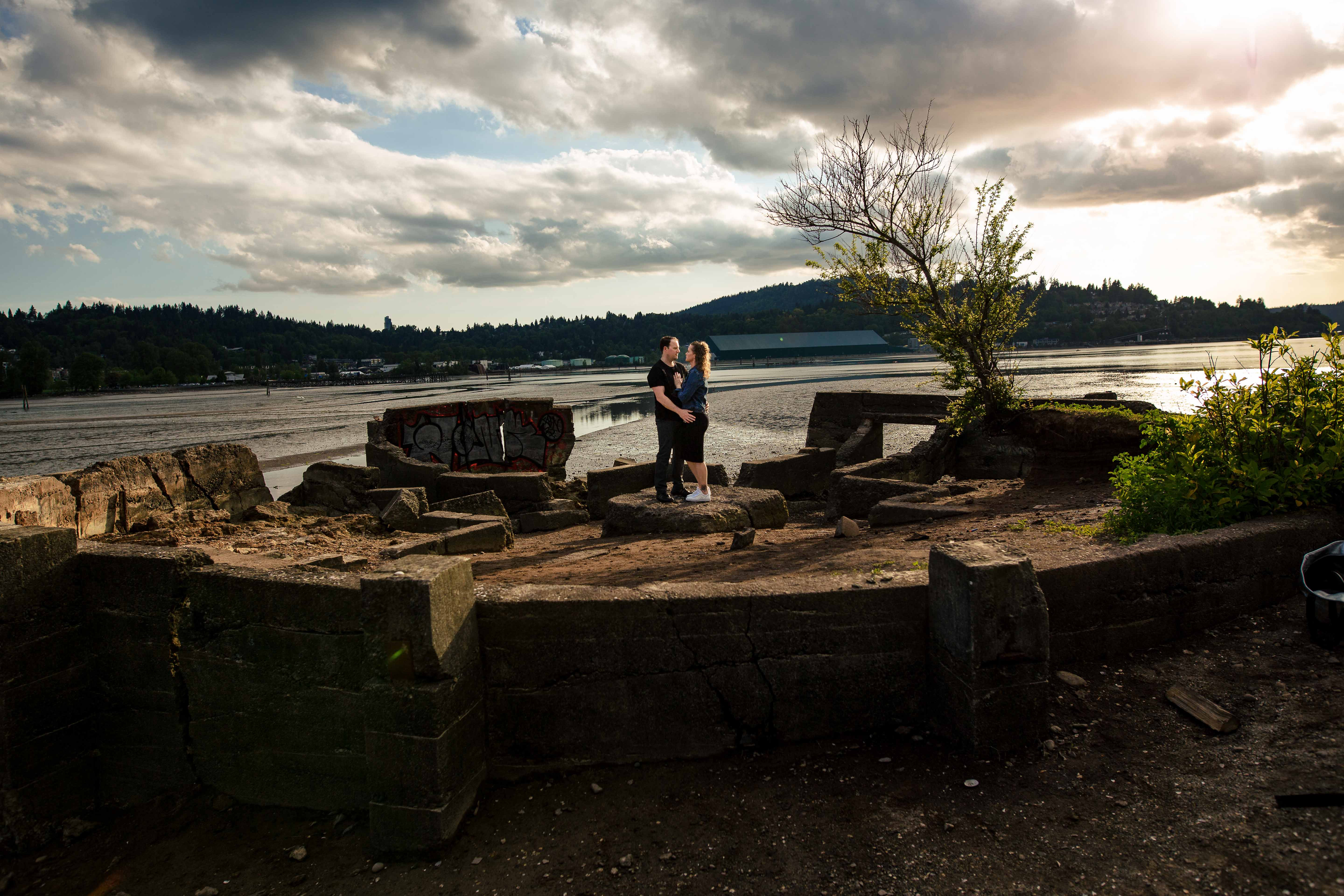 When choosing a location for an engagement session we look for something that brings out the couple's story. Originally we talked with Terri and Pete and thought about golfing as this is something they enjoy doing together and how Pete popped the big question with Terri's Grandmother's engagement ring. Unfortunately, we couldn't logistically make it work. Terri and Pete decided to take us on an adventure exploring multiple locations in the Port Moody area since their relationship story has happened surrounding Port Moody and they have discovered some very fascinating locations. We started at Belcarra Regional park walking through the old-growth trees. We had to do some pathway navigation since the original path was under construction. Once we had enough of this spot we moved down to the beach. The skies were sunny and blue. People were paddle boarding, fishing and enjoying the day so we walked down to the end of the beach where it was a little quieter. Pete was such a trooper and behaved with the promise of a post-photo Daisy Queen run. After Belcara we followed Terri and Pete to the mud flats where they had me at the idea of all the blue herons sounding like pterodactyls. I have never actually heard a blue heron's call before as I usually see them hunting and silent. They truly do sound prehistoric and If you know me anything Dino related is right up my alley. The light was magical through the trees but the real majesty was when we came out to the flats. The ruins of what I believe to be a brick-making factory looked like a fallen castle. It was so unique we couldn't get enough. There were thousands of old bricks all over the ground. Me being my clumsy self almost died backing up and falling over a concrete block. Luckily other than a bruised elbow (and ego) myself and my cameras were ok. 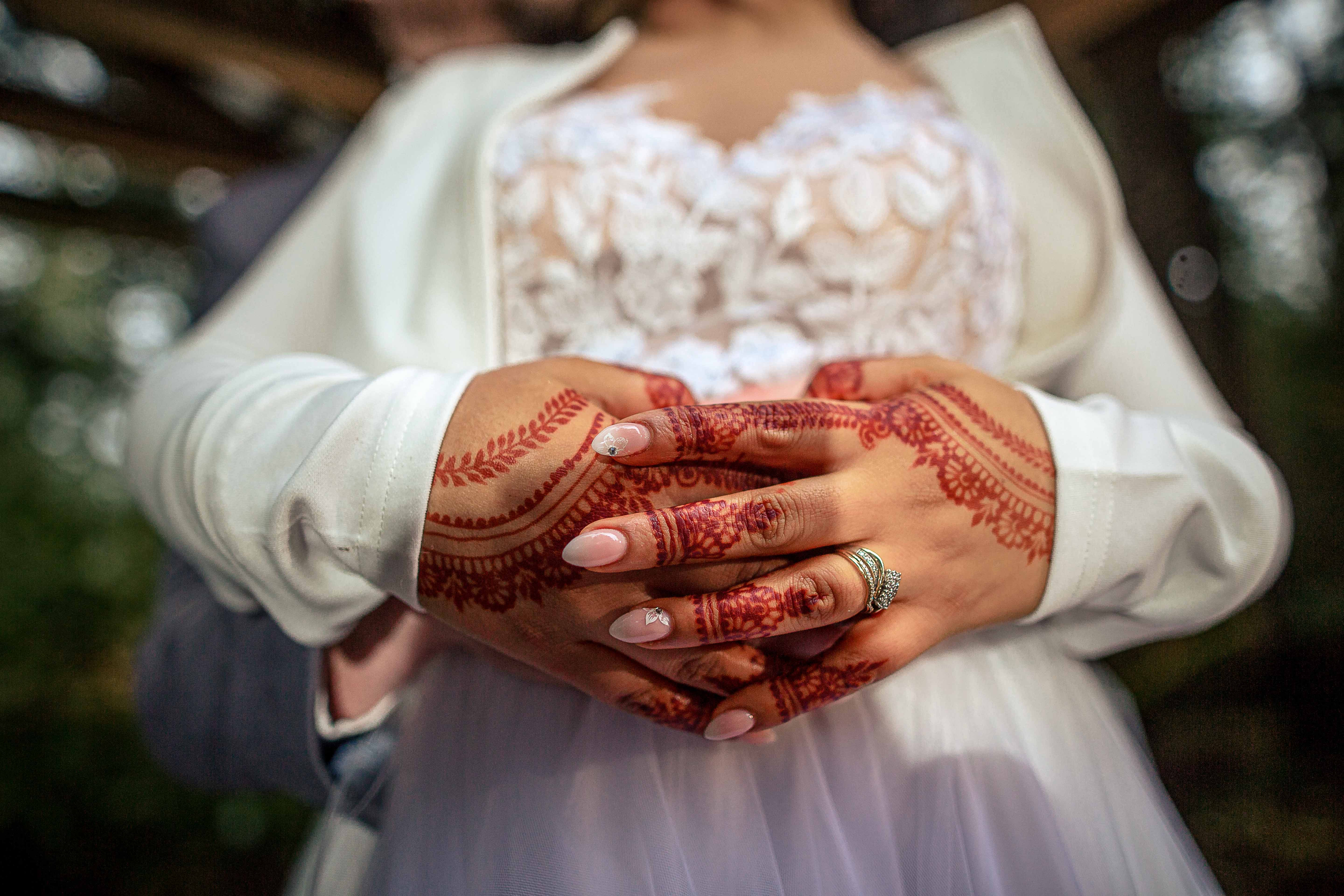 Intimate Back Yard Wedding Surrey BC| Nina and Jackson

It was a perfect, intimate day reliving their childhood memories 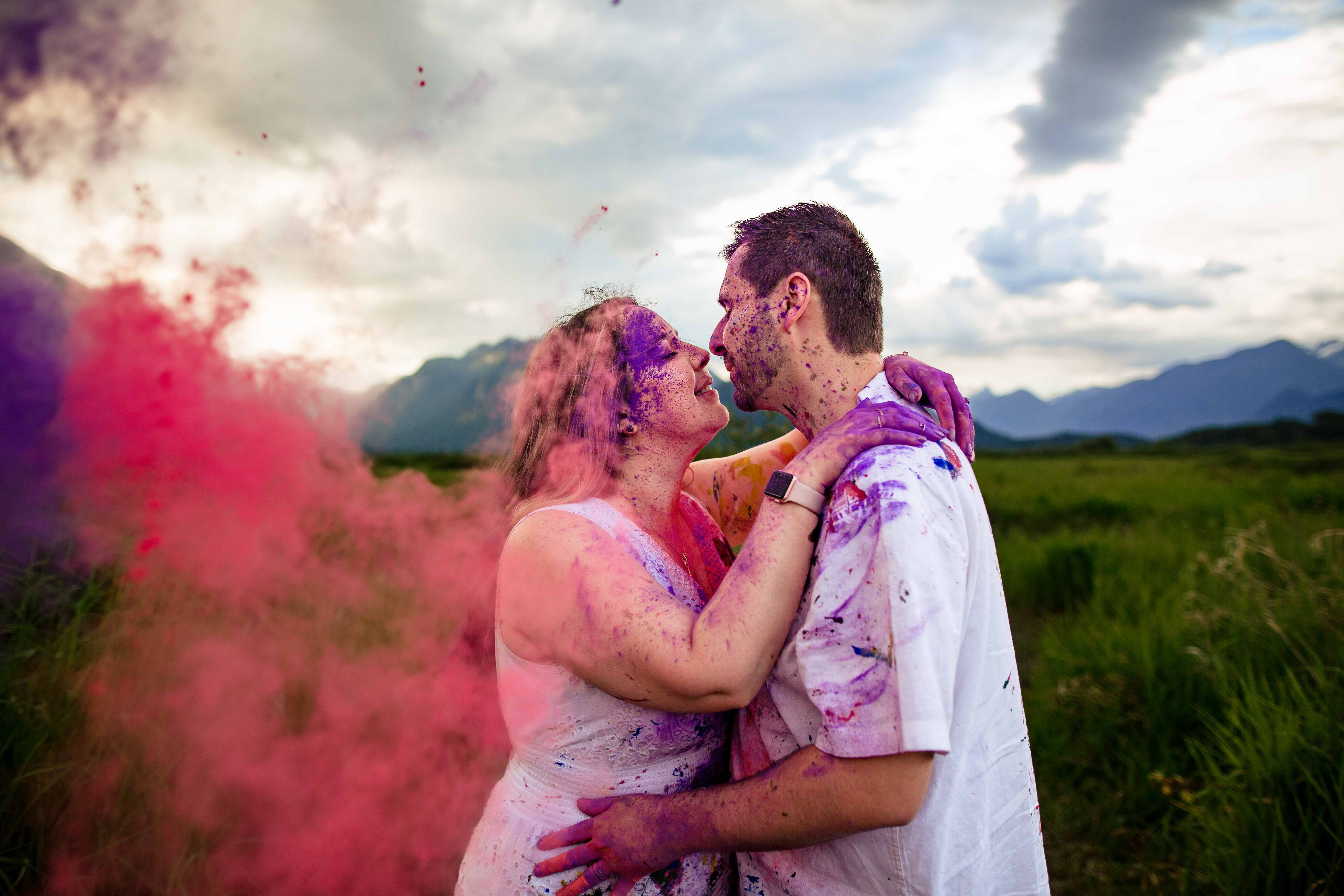